skip to main | skip to sidebar

Please send the LINK to your Addresslist and send me every update, event, development,documents and FEEDBACK . just mail to palashbiswaskl@gmail.com

Zia clarifies his timing of declaration of independence

Memories of Another Day 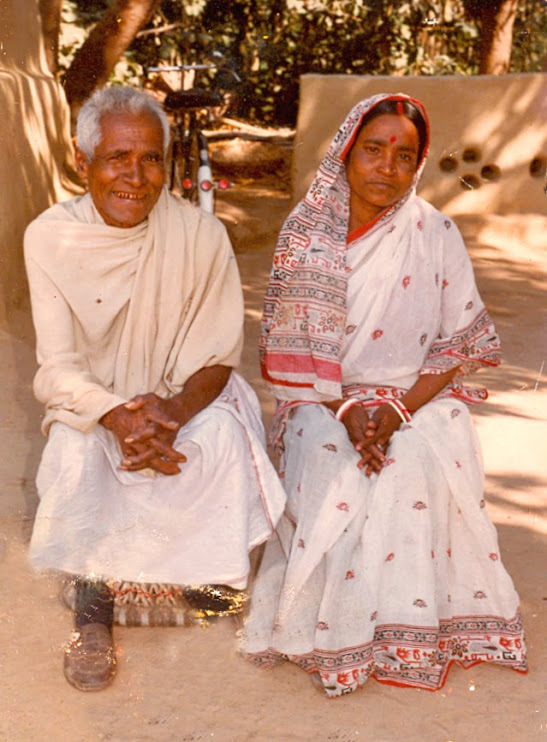 While my Parents Pulin Babu and basanti Devi were living

Partition of India - refugees displaced by the partition

The stunning statement was made by Health Secretary Khushnood Lashari during an appearance at the Senate Standing Committee on Health on Wednesday.
"Health relief operations are not possible in the flood-affected areas of Jacobabad because the airbase is with the United States," Mr Lashari said while answering a question asked by Senator Semeen Yusuf Siddiqui of PML-Q.
Dr Jahanzeb Aurakzai, coordinator of the Health Emergency Preparedness and Response Centre, said: "Foreign health teams could not start relief operations in remote areas because there are no airstrips close to several areas, including Jacobabad."
The town has been evacuated and 500,000 to 700,000 people have been affected. People displaced from Jacobabad, Thul, Kandhkot, Kashmore, Ghouspur and Karumpur are camping in Dera Allahyar.
"It is very unfortunate that Americans can launch a drone attack from Shahbaz airbase but the government is helpless even in using the country's base for relief operations," Senator Semeen said while talking to this correspondent.
She said the health ministry should have requested the army to ask the US to allow relief operation from the base.
"I don't know why the health minister failed to report the matter to the quarters concerned, specifically the Pakistan Army.
"The airbase, which I think the government has given on lease to the Americans, should be used to provide immediate health relief to the flood-affected people."
The committee, headed by Senator Kulsoom Parveen, was briefed by officials on health-related operations in the affected areas.
[Source AP & Dawn]
------------------------------------------------------------------
Latest Jamaate Islami Relief Effort News
LAHORE, Aug. 19: The Jamaat e Islami Secretary General, Liaquat Baloch visited different flood affected areas and inspected the relief activities of the JI and the Al-Khidmat Foundation.
The two organizations are distributing relief packages containing dry ration, milk packets, and other eatables among the flood affectees.
The JI secretary general appreciated that the Al-Khidmat volunteers and JI workers were serving their brethren in distress with true Islamic and humanitarian spirit.
Addressing JI workers, he said the floods had caused colossal losses estimated around Rs. 600 billion all over the country. [$1 = Rs. 80]. Thousands of people had died and thousands of cattle heads had been washed away while hundreds of villages had been eliminated.
He said the international community had rightfully expressed distrust in the ruling junta for relief because of its corruption, nepotism and commissions. Negligible amounts had been received in the relief funds of the President, the Prime Minister and the Chief Ministers. On the other hands, people from within the country and abroad had expressed full confidence in the country's religious parties for donations for the flood affectees. Especially, Saudi Arabia had come out with massive help for our people as was really praiseworthy. On the other hand, the feudal lords and the elite class of the country had demonstrated their anti people mindset by breaching protective bunds to save their personal properties, which was a big crime.
------------------------------------
Saudi envoy donates 5 tons of rice for flood affectees

LAHORE, Aug. 16: The secular ANP government in Khyber Province [previously known as Frontier province]  is distributing the flood relief funds and material among the undeserving people in the areas that are safe from flood while the flood affected millions are being neglected, the Jamaat e Islami chief, Syed Munawar Hasan said in Peshawar on Monday.
The ANP government is doling out the aid received from abroad and within the country among its voters in areas not hit by the floods, he said at a ceremony held at the Islamic centre, for distribution of flood packages among the affectees.  Ex-MNAs  Shabbir Ahmed Khan, Sabir Awan and Abdul Akbar Chitrali, were also present.
Syed Munawar Hasan said the provincial government had received 250,000 tents which were nowhere to be found. Similarly, Saudi Arabia had donated tons of dates which too were missing. This indicated large scale bungling, he said. He called for an explanation from the government on this score.
He said it was most condemnable that in the beginning, the government showed criminal neglect by not giving a timely warning to the people about heavy rains and floods. Even afterwards, the people were left at the mercy of the flood water while the high ups in the government simply watched the devastation from helicopters.
He said the President, the Prime Minister and chief ministers were making tall promises to the affectees and even the US had promised aid. Ironically, he said, on one hand, the US was killing innocent people in drone attacks while on the other hand, it was promising relief. He said the ANP government was responsible for the drone attacks.
Syed Munawar Hasan appreciated that the workers of the JI and the volunteers of Al-Khidmat Foundation besides some NGOs were busy in flood relief efforts  purely with  the spirit of service to humanity and to earn divine blessings.
Our America: by Kaukab Siddique
Not Really a Mosque….  Not Really an Imam or Muslim. Long time FBI Collaborator.
Obama's Political Acumen: He fooled Muslims and Provoked Fox TV "Rightists"
The idea that a mosque is to be built at the site of the Twin Towers demolished on 9.11 by Muhammad Atta and 18 others shows the astute political moves of President Obama. He fooled the Muslims into thinking that an actual mosque is to be built. In fact there will be NO dome or minarets. There will be NO ADHAN reaching out into New York. Many Muslims were fooled by the media hype and started getting agitated and supported Obama.
A number of writers have noticed that, Cordoba House, as it is called,  is not to be a mosque but a cultural center. Here is one relevant comment:
From Mark Sledge, July 28: "…the building planned for 45 Park Place is a cultural center with a prayer room -- not a single-purpose house of worship for Muslims, which is probably what we should reserve the word "mosque" for. As Haberman also explains, "That it may even be called a mosque is debatable. It is designed as a multi-use complex with a space set aside for prayer -- no minarets, no muezzin calls to prayer blaring onto Park Place. The 92nd Street Y, on which the Cordoba House is explicitly modeled, has a whole host of Jewish events take place inside of it, but no one calls it a synagogue. There's no good reason why Cordoba House should be misleadingly called a 'mosque.' I've been guilty of using this word too, in conversation and in writing, but it's inaccurate. Muslims already read the Quran and pray at 45 Park Place, but that does not and will not turn it into a 'mosque.' "
More interesting are the facts about Abdul Rauf, the so-called Imam of the so-called Ground Zero mosque. [It's not at Ground Zero and it's not a mosque.]
On August 18, 2010 Keith Olbermann, a staunch supporter of Obama, a good Jew, and veteran of MSNBC TV defended "imam" Abdul Rauf. The key point he made was that Abdul Rauf should be considered a patriot because he has been cooperating with the FBI for a very long time.
Even more interesting is an article which appeared in Atlantic Magazine. A Jewish writer, Jeffrey Goldberg, wrote in defense of "imam" Abdul Rauf He quotes the "imam" as saying that he is a Jew:
"The right-wing campaign against the so-called "Ground Zero mosque" includes vicious personal attacks on the Muslim cleric who leads the Cordoba Initiative, the organization behind the plan. I know Imam Faisal Abdul Rauf, and I know him to be a moderate, forward-leaning Muslim -- yes, it is true he has said things with which I disagree, but I have never expected him to function as a member of the Zionist Organization of America."

"In 2003, Imam Rauf was invited to speak at a memorial service for Daniel Pearl, the journalist murdered by Islamist terrorists in Pakistan. The service was held at B'nai Jeshurun, a prominent synagogue in Manhattan, and in the audience was Judea Pearl, Daniel Pearl's father. In his remarks, Rauf identified absolutely with Pearl, and identified himself absolutely with the ethical tradition of Judaism. 'I am a Jew,' he said. There are those who would argue that these represent mere words, chosen carefully to appease a potentially suspicious audience. I would argue something different: That any Muslim imam who stands before a Jewish congregation and says, "I am a Jew," is placing his life in danger. Remember, Islamists hate the people they consider apostates even more than they hate Christians and Jews." [The Atlantic, August 20, 2010.]
All this would not have come out if the worst enemies of Islam, the right wing extremists, had not launched a powerful campaign against Obama, using the "mosque" as a rallying point to condemn him. They jumped in head first: the worst scum like Spencer leading them. Mediocrities like Michelle Malkin, O'Reilly, Glen Beck, Hannity, Limbaugh, Ann Coulter, Hirsi Ali, Irshad Manji etc etc flourish on the deep suspicions and fears of right wing Americans who think Obama might actually be a Muslim and a non-American. [Under the veneer of conspiracy theories crawls the monster of racism. Obama is Black or at least semi-Black.]
Allah is the Best of Planners. He has helped US Muslims to see both parties working against Islam. One side wants to deceive the Muslims, infiltrate them and win collaborators in Muslim lands. The other wants to launch military operations against Muslim countries, as if under Bush they did not drop enough bombs to kill tens of thousands of people.
Obama wants to use American Muslims, like Abdul Rauf, ISNA, CAIR, ICNA, Aga Khanis, Qadianis ["ahmedis"] and others to infiltrate Islamic communities and destroy them from within. The Republicans want to terrorize US Muslims and to brand them as potential terrorists. The Republicans are no match for Obama. Let's hope the Republicans do more. They might actually awaken the IMAN, asleep deep in the souls of many US Muslims who have been drugged by the 4-letter organizations.
--------------------------------------------------------------------------------------------------------------
To unsubscribe, write UNSUBSCRIBE in the subject line and click on send.
__._,_.___
--
Palash Biswas
Pl Read:
http://nandigramunited-banga.blogspot.com/

Write to the PM of India - Prime Minister's Office